The Problems with Using Facebook for Communication This Season

For several years Facebook has been a simple and cheap place for youth sports organizations to promote registration, send out game cancellations, post schedules, and interact with community members.

But starting in 2018 it started to become much more difficult to post on a Facebook page and be confident all of your audience will see it in their feed. Facebook has made some major changes and parents are using social media differently, which creates some problems with using Facebook as the main method for communication at your sports organization.

If you’re using Facebook as your primary channel for communication, it’s time to start finding new ways to communicate. Here are the reasons why…

At the end of 2017, Facebook made a big change to it’s News Feed and the way it displays content to users. Content posted by brands and businesses (and unfortunately sports organizations) no longer appears nearly as often in News Feeds. Instead, content in a News Feed will primarily be posts from friends and family. You may have already noticed a significant dip in the amount of “Likes” or “Shares” your posts are getting compared to previous years.

What does this mean for sports organizations? It means if you make a post to your organization’s Facebook page, no matter how important, the chance of parents and coaches seeing your post is much less likely than in previous years – even if they’ve “Liked” your page or interacted with your organization in the past. Or worse, you're posting important messages like "Practice is Cancelled!" or "Game time is changed!" and not every parent sees your message.

You probably also notice that you are often asked to pay to “Boost” your post so that more people see it. This could work to reach more people, but you’ll never know if you’ve reached the correct parents, or even the participants in your league. 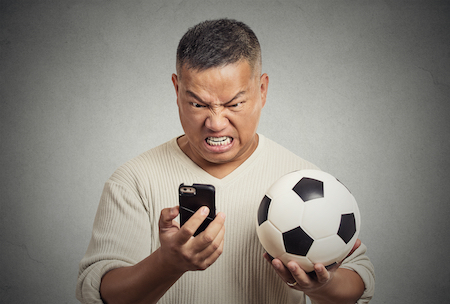 Don’t let this be you, wondering why your Facebook posts aren’t reaching parents

Want more details about the changes that will affect your page? Learn more here – Organic reach on Facebook is dead.

Lots and lots and lots of people use Facebook. Over 90% of adults in the United States login at least once a month. A few years ago parents could digest most of the information in their Facebook feed. Now a parent’s Facebook feed is loaded with other content from friends, photos from their family events, and advertising space.

Also, with the recent changes to the News Feed, people are spending less time on Facebook even though they may still be logging in often. This means for parents to find information that you’ve posted, they’ll likely have to search on Facebook.

There are also more social media networks that parents are choosing from. Their social media channel of choice could also be Instagram, or Twitter, or LinkedIn. So even if you’re posting often, your page has a lot of Likes, and you’re boosting your posts, you still might not reach half of the parents that you need to.

So if your messages might not reach the correct people, and parents are spending less time on Facebook, what should you do? 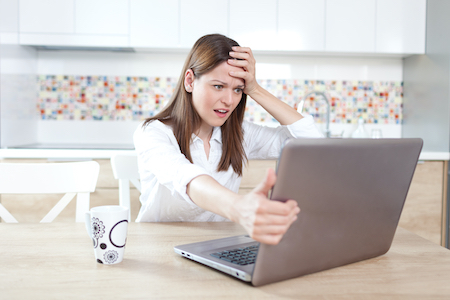 For parents to find information that you’ve posted, they’ll likely have to search on Facebook. Don't make them go digging for information.

Don’t Worry! There Are Better Ways to Communicate

The days of using Facebook as your primary method to promote your organization and communicate with parents may be over, but that doesn’t mean everyone needs to be left in the dark this year. The good news is other technologies are making it easier to reach parents quickly and easily.

Simple tools are available to set up mass email or text message groups so you can target specific teams, divisions, or your whole organization quickly. While email is much more effective than posting to a social media channel, but remember email open rates are generally under 20%, so a lot of parents will either miss or ignore your emails.

Using text messaging, which gets up to 98% open rates within 2 minutes, is the most effective way to reach parents with your high priority messages – like game cancellations and schedule changes. Consider using just email for lower priority messages like fundraising opportunities and board meeting minutes, but don't rely on email with your must urgent announcements.

We’re a little biased, but we think the Communication feature on Jersey Watch is a simple way to reach groups of parents directly on their phone.

With just a few clicks, you can notify specific groups of people directly on their phone

Yes! Don't abandon Facebook or social media entirely. Facebook can be a great place to post photo albums from games, promote registration and events, and interact with community members.

Want to improve engagement on social media at your organization? Learn more here: The Best Times to Post on Social Media

But it shouldn't be the primary method of communication that your volunteers rely on. You should build a website and send messages directly to participants.

We’re not in 2015 anymore, when most parents saw each post you made to Facebook. It's different now, and Facebook isn’t necessarily going to show your posts in parents’ News Feeds – so you need to make sure you’ve got a new plan to communicate.

Taking a few minutes to set up a text messaging and email system for your season this year will save you a ton of time during the season, and parents will be much less frustrated trying to find information about your organization.

How are you getting important messages to parents and coaches? Interested in trying out the Communication Feature on Jersey Watch? Send us a message help@jerseywatch.com or create a free account.