Kids look up to professional sports stars. And many kids want to compete at higher levels of play. But what does it take to excel at sports? There are some essential things young athletes can learn from pro athletes.

It's easy for a skilled athlete to want to be a star. Everyone dreams of making an incredible play or being the game's MVP. But behind every successful athlete is a group of team members and supporters.

One of the great things about sport is that it teaches the value of teamwork, empathy, and connection. Pro athletes who've reached the pinnacle of their sport often credit others for their achievements. When he set the records for the most passing yards in the NFL, quarterback Drew Brees thanked his teammates:

“There may be only one name that goes in the record book, but it’s all about you guys.”

And in accepting the NBA MVP award, Kevin Durant honored his family, friends, coaches, and teammates:

“So many people believed in me when I didn’t believe in myself. So many people doubted me and motivated me every single day to be who I am. I failed so many times and got back up. I’ve been through the toughest times with my family, but I’m still standing.”

Being a team player benefits athletes even after their athletic career concludes. According to Fortune Magazine, a survey of executives found that 75% like to hire candidates with sports backgrounds. Businesses value people who can collaborate and work hard towards shared goals. And sports are the best place to learn these crucial skills. 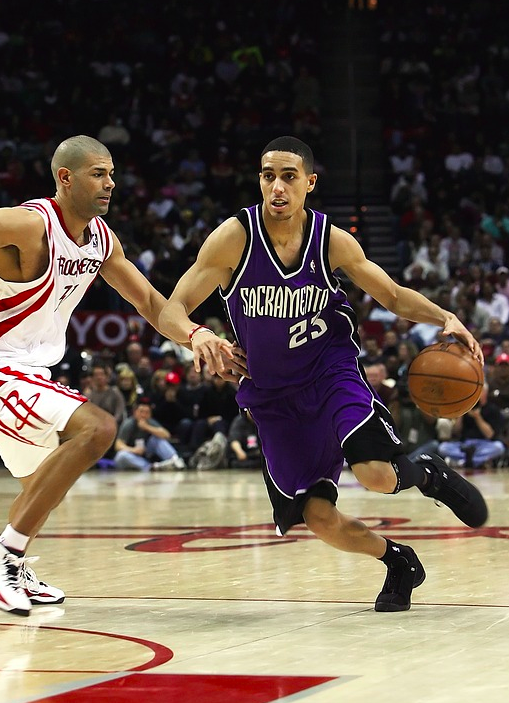 Behind every successful athlete is a group of team members and supporters.

Recent years have seen more young athletes specializing in a single sport. On the surface, specialization seems to make sense. After all, practicing a specific activity can athletic development and sport-focused skills. But sports experts and pro athletes caution against sport specialization.

Many professional athletes and coaches recommend that young athletes avoid specialization. The list of pro athletes who played multiple sports is a "who's who" of the sports world. And pro and college coaches note that the strategies and movement skills gained one team sport are very transferable to other sports.

Here's more evidence of the value of multi-sport play: Over 88% of recent NFL draft picks were multi-sport athletes. Sixty-one (61%) participated in track and field, while 45% played basketball. 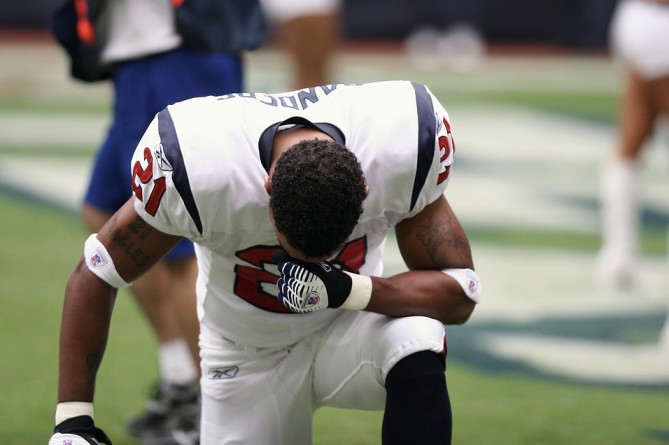 Over 88% of recent NFL draft picks were multi-sport athletes.

Young athletes often feel pressure to maintain an intense practice and playing schedule. This situation is especially true for youth who aim to compete at an elite level. And coaches and parents may endorse this mindset and push young players to work harder.

But playing too hard and too long at an early age can have long term consequences. According to the National Athletic Trainers Association (NATA), young athletes need to avoid too much organized sports participation. Their recommendation? Use the athlete's age as a guide for maximum weekly play hours. For example, a 14-year-old would play no more than 14 hours each week.

It's not only sports associations who see the risks of overwork. NBA superstar LeBron James agrees. As an elite player and parent of a college athlete, James knows the value of workload management. He's seen his own kids pushed to exhaustion in competitive youth basketball leagues. 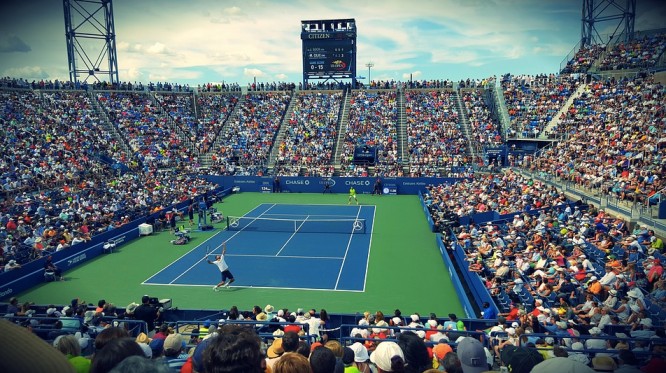 Young athletes often feel pressure to maintain an intense practice and playing schedule. This situation is especially true for youth who aim to compete at an elite level.

Top athletes in every sport know that proper nutrition is critical for success. At elite levels, nutrition needs can vary by sport. WNBA star Rebekkah Brunson focuses on limiting carbs while eating protein and vegetables. But she's not afraid of treating herself occasionally. For Brunson, listening to her body and moderation is key.

What about nutrition for young athletes? Youth need to learn what food choices are best before, during, and after activity. Also, young people need to know recommended daily maximum calorie intake levels.

In general, most young athletes' ideal diet consists of 45% to 65% carbohydrates, 10% to 30% protein, and 25% to 35% fat. Athletes should eat meals approximately three hours before activity to ensure complete digestion. But snacks can be consumed within one to two hours before activity. Also, athletes should have fluids available before, during, and after events to prevent dehydration. After an event, young people can have recovery foods to help rebuild muscles and support recovery. 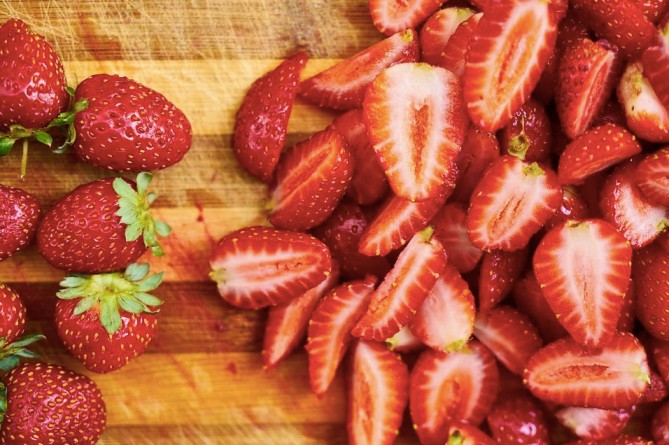 Having a professional athletic career is a dream for many, but few young players will reach those elite levels. Still, youth can gain so many valuable life lessons from playing sports. Even pros who've reached the heights of success teach their kids to stay grounded and focus on what they can learn through sports.

Tennis great Andre Agassi's son Jaden is a star baseball pitcher poised to play at the college level. Although Jaden is clearly a success, Agassi reminds him often that he may not make it to the majors. Instead, Agassi has focused on "teachable moments" of sport:

“There are a lot of great teachable moments through sport if as a parent you’re so inclined to be aware of them, about longstanding discipline and empathy and work ethic that give them the tools for success in their own life, whatever it is they end up doing."

Soccer gold medalist and World Cup champ Abby Wambach focuses on learning through sport with her own kids. After every game, she asks: "What's one thing you learned that you've never learned before?" And she asks if her kids had fun and tells them that she loves them and appreciates their hard work. 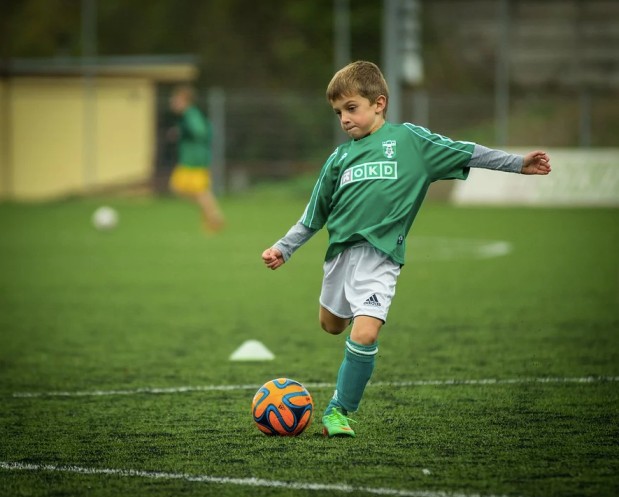 Soccer gold medalist and World Cup champ Abby Wambach focuses on learning through sport with her own kids. After every game, she asks: "What's one thing you learned that you've never learned before?"

For many young people, professional athletes are role models who exemplify success. It's easy to admire pro athletes for their raw talent and amazing play-making. But every pro athlete knows that everyday choices drive achievement.

Every sports superstar has a team of people behind them. In younger years, parents often make sacrifices to support promising athletes' growth. Coaches, friends, and teammates are teachers and others who may not get the glory. In short, teamwork matters--and pro athletes know this truth.

Also, many successful athletes didn't specialize in a single sport. Multi-sport play promotes all-around athleticism and skill-building. And elite athletes know the value of balance--in both training and nutrition.

Ultimately, playing sports is beneficial to all athletes--even if they don't reach the big time. Pro athletes teach their own kids to look for the lessons in each practice and game. And they emphasize work ethic and the joy of the sport.

If you're a coach or a parent to a young athlete, encourage them to admire their sports role models. But look beyond the stats and plays to the words of wisdom pro athlete's share. Remember that sports aren't just a way to gain recognition. They can be character-building as well.

Jersey Watch is a simple software to manage your sports organization’s registration, scheduling, and communication throughout the year.

Looking to save time on registering players, sending messages to participants, and managing background checks for volunteers? Stop by our website to learn more or create a free account.