How to Teach Sportsmanship in Youth Sports

Good sportsmanship reduces drama, creates a fun environment, and makes your life as a volunteer much easier.

Positive sportsmanship can also be a valuable skill for athletes of all ages. Learning to treat coaches, teammates, opponents, and referees with respect can carry over to school, family, and work later in life.

Regardless of whether you run a highly competitive club or a recreational league, one of your top priorities should be teaching sportsmanship to young athletes.

Follow these tips to develop a culture of good sportsmanship at your youth sports organization.

Crazy coaches can be a big problem if you're managing a youth sports organization. To get players to behave well your need coaches to be setting a positive example at practices and during games.

You can require coaches agree to a Code of Conduct, and encourage training prior to your season. Some organizations offering coach training and certification include:

Requiring certification and training can help insure that coaches are fully committed to creating a positive experience for athletes.

Using background checks for coaches can also help screen volunteers before the season.

Some simple requirements for coaches can be:

If you don't set expectations with coaches prior to the season they'll wind up setting their own rules. Before your season gets started make sure each coach is placing an emphasis on sportsmanship. 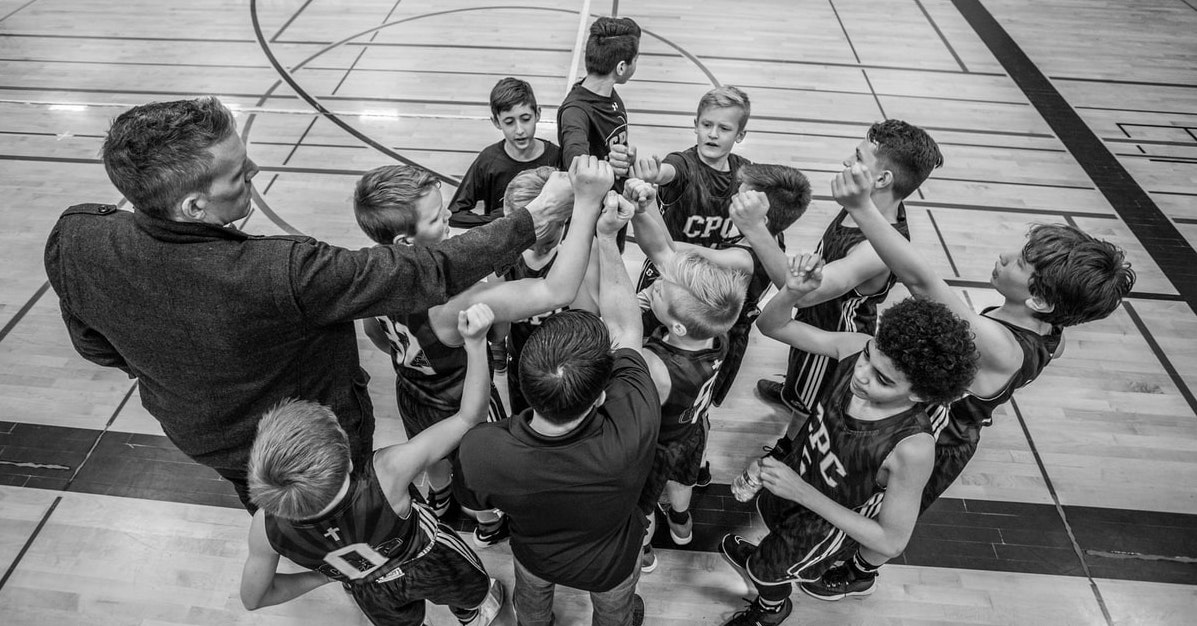 Coaches can be the best role models for players. When coaches are all-in on sportsmanship, their players follow along.

Develop a Mission and Vision for Your Organization

Are you planning to run a highly competitive league or club? Or is your organization just meant to promote youth sports in the community and teach fundamentals?

It's important that everyone involved with your organization understands its purpose. When players, parents, and coaches all agree on expectations you are much less likely to run into disagreements and sportsmanship issues. You can also make sure that games are being scheduled at a reasonable competitiveness level.

Developing a clear Mission and Vision with the other volunteers at your organization can help get everyone aligned on the same values. If you run a recreational league, you should do your best to prevent players from signing up who are more interested in a competitive environment. Instead you can direct them to a more competitive travel program in your area.

You should publish your Mission and Vision on your website, Facebook page, and any other online material so that members of your organization are aware of your goals and values.

Don't have a Mission and Vision Statement for your organization? Check out a few example Mission Statements for Non Profits for some inspiration.

Use Pro Athletes as Positive (And Negative) Examples of Sportsmanship

There are plenty of lessons that pro athletes can teach young athletes. In most cases pro athletes set positive examples in sportsmanship. But in some cases significant punishment, including suspensions and fines, result from poor sportsmanship at the highest level.

Share the consequences of poor sportsmanship with young athletes. They look up to prefessional athletes, and using the positive and negative examples can help develop young athletes behavior on the field.

The best and worst of sportsmanship is seen at the highest level of competition.

Enforce a Code of Conduct for Players

Codes of Conduct are an effective way to communicate expectations with players at your organization. Your Code of Conduct should be specific in defining what behavior is unacceptable.

You can have players and parents acknolwedge and agree to the Code of Conduct in your registration form.

Codes of Conduct need to have strictly enforced penalties in order to be effective. You can institute a 3-strike rule for players:

Not everyone should get a trophy in youth sports. But rewarding positive performance on the field, at practice, or in the classrom can set expectations for players. Young athletes also need positive encouragement to improve.

You should consider creating an annual award for sportsmanship that is given to one player in your organization.

Many organizations give a sportsmanship award each year to a player that sets a positive example for others. Most professional sports leagues have sportsmanship awards, including the NFL Man of the Year Award, WNBA Kim Perrot Sportsmanship Award, and the FIFA Fair Play Award.

To create your own sportsmanship award, encourage coaches to nomiate players from other teams or age groups for the award, or for players to vote for their teammates or opponents.

You can even dedicate a section of your website dedicated to Code of Conduct, Sportsmanship Guidelines, and past Sportsmanship Award winners.

Publishing winners of your Sportsmanship Award on your website each year is a great way to reward players for positive contributions to your organization.

Encouraging positive sportsmanship should be a top priority for your volunteers and coaches. By creating a positive environment for players you'll be able to focus on skill development and fun rather than dealing with player drama and parent complaints.

Consider assigning one member of your board or volunteer committee to be in charge of promoting sportsmanship and enforcing your code of conduct. This person can make sure that sportsmanship expectations are properly communicated to players, coaches, and parents before and during your season.

An enviroment with few sportsmanship issues will help your league focus on the fun aspects of youth sports and increase participation.

At Jersey Watch we help sports organizations create a website, manage registration & payments, and communicate with their organization.

Learn more or create a free acccount at www.jerseywatch.com!